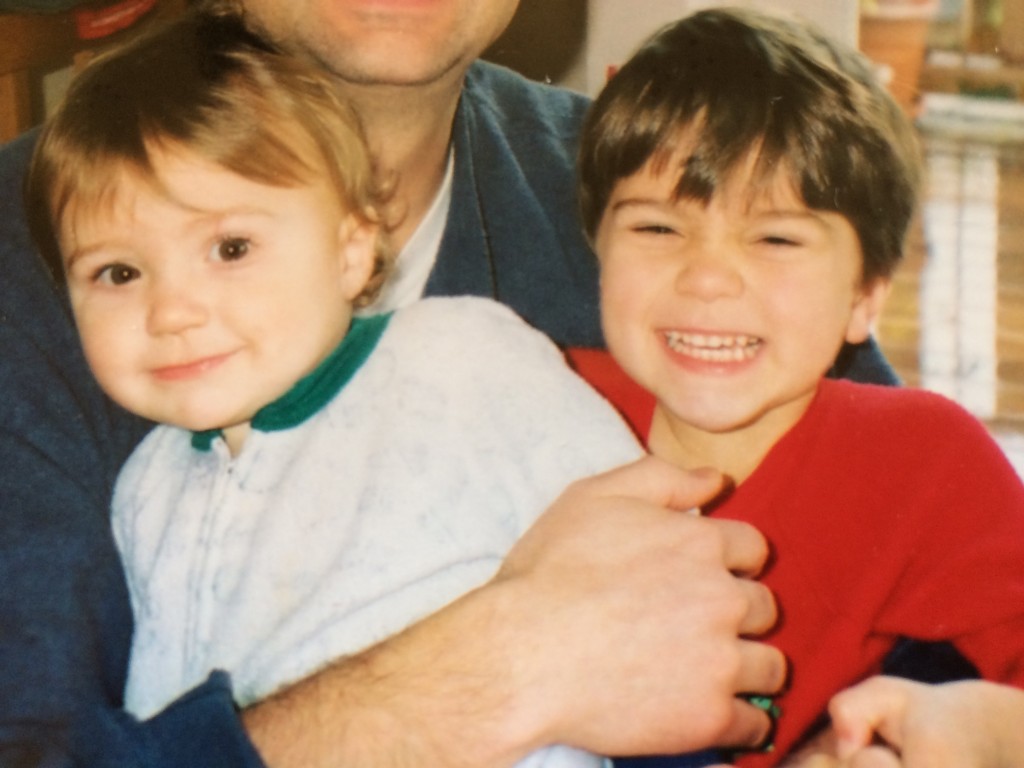 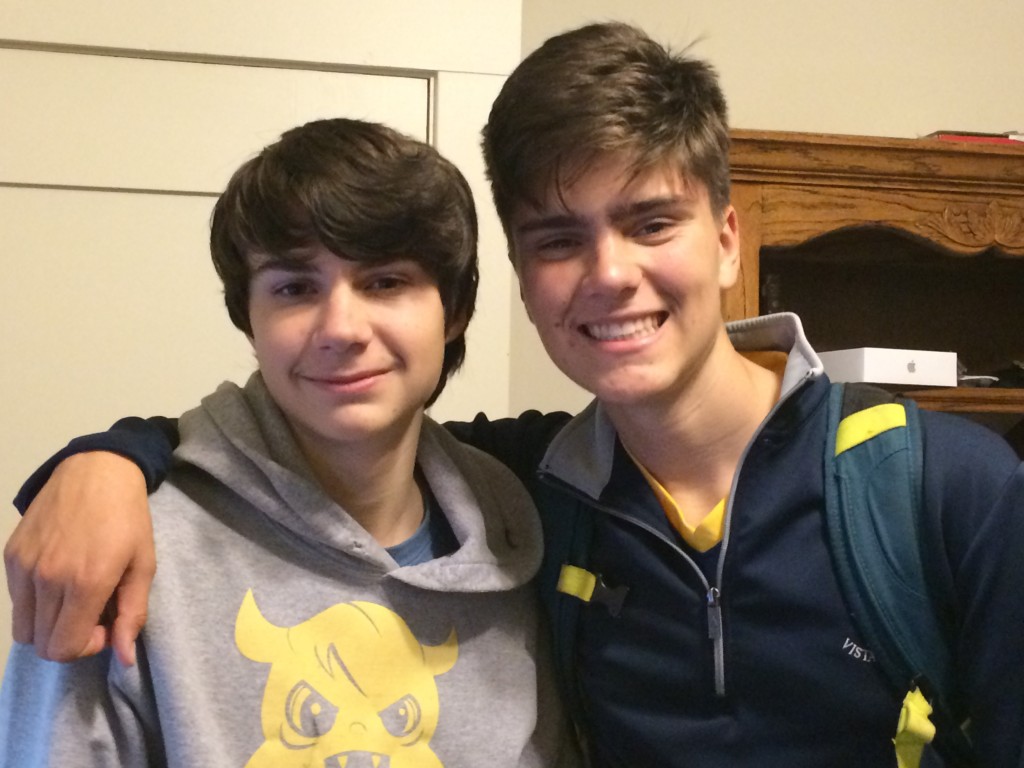 The photo on my desk is about 13 years old. In the photo my smiling husband holds my two smiling sons, ages 1 and 4. They are all wearing pajamas. The boys have on their one-piece footie pajamas and I remember the fuzzy texture of those pajamas well. I remember holding them in those pajamas as I read books at bedtime, as I helped them brush their teeth, as we cuddled on the sofa.

The photo was taken in our kitchen, probably on a Saturday morning. When the boys were little we always had pancakes on Saturdays. They loved our ritual. Pancakes rolled up with sugar and butter inside. Some with blueberries and syrup. Others with chocolate chips. It was Daddy’s specialty.

Saturdays then were filled with family activities. In those days before any of us had smartphones and Facebook we spent the days playing at the park down the street, visiting the Little Farm up the hill or going to Grammie’s house. The boys were happy, everything was new and although there was the occasional tantrum or timeout, the problems were relatively small and manageable, like spilt milk or bruised knees.

Now my sons are teenagers and some nights they tuck me into bed. One stays up late texting friends and the other stays up late playing games online. Most Saturdays they no longer request pancakes. One would rather get to the golf course early and the other wants to be with friends. When we do spend time together we don’t go to the park. If we’re lucky they’ll agree to see a movie with us or go out to eat. For Christmas they request money instead of toys.

A lot has changed in 13 years and sometimes I wish I could go back in time. I would love to cuddle up to that 4-year-old in the red-footed pajamas for just five minutes. I would love to see the look of delight on the toddler’s face when he learns to jump for the first time or draws a picture.

Still, I tell myself, every age has the potential to be filled with wonder. Maybe it’s not so dramatic now, but my kids are still impressionable, curious and tender. Late at night, when I manage to stay up with them and they’ve disengaged from their screens, they ask for backrubs. I sit in their dark room, scratching their backs, and we talk about things of no consequence, like what exactly “swag” means or what would happen if you put dry ice in a hot tub.

And if I doubted their ability to show affection, I would look no further than the family dog. Two years ago we got a puppy and he’s become a focus of attention. When the boys come home from school the first thing they do is shower him with kisses and hugs. “Isn’t he the cutest dog in the world?” we ask each other day after day.

I don’t know what life will be like in another 13 years. My mother tells me you never stop being a mother. I wonder what the boys will be like as adults. What will we talk about? Will they have jobs they like? Will they have girlfriends or spouses? What will grab their attention? I could guess at these things but I really have no idea.

Maybe knowing them another 13 years will bring us both closer to the core of who they are, who they’ve become as adults. Maybe it’s like opening a present that contains another smaller present that contains yet another smaller present. As I get to know them more I uncover the essence of who they are and how we relate to one another. And the whole thing is something I knew was coming but is still a surprise.