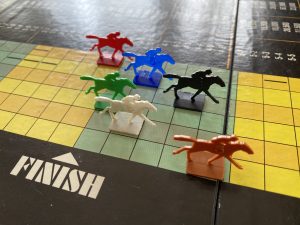 It’s April 15th. Normally this is a day for celebration in our household. Peter has finished the long race to the end of tax season. He and his staff go out for margaritas to celebrate. At home we finally have time to discuss fun things like upcoming vacation plans and the start of baseball season. END_OF_DOCUMENT_TOKEN_TO_BE_REPLACED

Writer’s block. It appears that Jack London never had it. He wrote 50 books and 61 short stories before his death at age 40.. His short life contained enough drama to be a book in and of itself. It seemed Jack was always on the move, whether it was writing or exploring the wilds of Alaska or promoting a cause. Quantity of work, however, doesn’t always mean quality.

This summer my son was assigned “Call of the Wild” by his English teacher. “Call of the Wild” is one of Jack London’s best-known books. My son, however, didn’t think it was so great. He complained over and over that it was boring. Finally, the last week of summer, I told him he didn’t have a choice—he had to finish it. It became a daily argument.

Unfortunately, one of these arguments made me late for a meeting with a literary agent, of all things. I had met Andy Ross at a writing conference, and I was now meeting him to ask for advice on entering the publishing world. I was excited to talk with Andy, as he was the owner of the famed, but now closed, Cody’s Books in Berkeley for 40 years. But to arrive late—even if only two minutes late and with a good excuse—was embarrassing.

I rushed into Fatapples, the restaurant where we had agreed to meet and scanned the room. I saw that Andy was already seated and quickly walked to the table. “I’m sorry,” I said, “My son is supposed to read ‘Call of the Wild’ and he is complaining that it is boring.” Then I looked up. Ironically, Fatapples has a Jack London theme. If you look up, you’ll see a painted shelf of Jack London books running around the room just below the ceiling. I pointed this out, hoping to lighten things up. “It’s funny that this made me late and here we are, chatting under these Jack London books.” Andy was generous. He laughed and said, “No, you’re not late at all. Don’t worry. I just hope I can be of some help.” Then he added, “Have you read ‘Call of the Wild’ lately? It’s overwritten. I would say your son is right. Maybe the teacher could have assigned Steinbeck.”

So much for Jack London. I felt a bit bad about forcing my son to read the book. I vowed to read it myself, but never did. A few weeks later, I did manage to read Jack London’s most famous short story, “To Build A Fire.” It was a good story, about a man who journeys through 50 degree below temperatures in Alaska, against the advice of the locals, but it was a bit monotonous and drawn out. I almost wanted the character to die before he did—just get it over with. Maybe Jack London is famous for the wrong reasons. He lived a big life and wrote about it. And wrote and wrote and wrote.

Some writers seem to produce a huge amount. I’m not one of them, at least for now. I started this blog several months ago with vigor, but real life and writer’s block seem to have slowed my production. Maybe that’s not a bad thing, though. Quantity isn’t everything.

Last week my son had to write a report on John Steinbeck’s “Of Mice and Men.” I remember reading the book in junior high and I was eager to read it again. I could see why it is memorable—it’s a good story and definitely not overwritten. The reader is drawn into the story of Lenny and Curly quickly and feels sympathy with their lot in life. Steinbeck wrote it to resemble a play and it does have the elements of one—lots of dialogue and a series of well-paced scenes. In fact, there have been dozens of stage productions made of the book and a few movies. Steinbeck didn’t write as many books as Jack London and he lived for 66 years. At my rate I may write one good book, maybe two, in my lifetime. That’s enough for me.