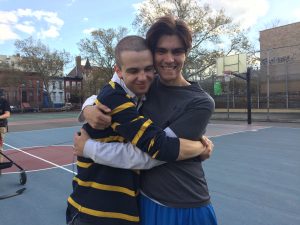 Earlier this month I flew to New York to watch my son Miguel film his final thesis project, a short movie he wrote, directed and starred in. It was fascinating observing a movie set up close and watching a group of about 20 people–cast and crew–throw themselves into the project for a marathon four days. I felt I had stepped into another world, the world of a New York film student, but also the world of a tender story about two brothers wrestling with their faith. END_OF_DOCUMENT_TOKEN_TO_BE_REPLACED