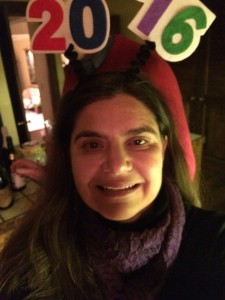 Watch more TV.  It sounds funny, but that’s my top resolution for the new year. I know most people want to watch less TV, but for me it would be quite an achievement to watch even one regular series. You see, I’ve resisted TV for so long that to even watch one series would be a big deal—and quite positive I think.

For one thing, I see that TV viewing brings a lot of pleasure to certain friends and family. They seem positively exuburant as they ask whether I’ve seen “House of Cards” or “Homeland.” (I always have to say no.) And then I watch them connect with someone who has seen their show and they relish the conversation, comparing notes on the various plots twists and character developments. I feel left out of a major part of routine social interactions.

I trace my TV aversion partly to the guilt I feel about having spent so many good hours of my childhood hooked on TV. Of course, I was like most kids of my era. Growing up in the 70s and 80s kids like me found their main source of entertainment in TV. After school I watched “Brady Bunch” reruns and other fluff. Within 30 seconds I could tell if I had already watched a particular Brady Bunch episode–but even if I’d seen it before, I’d watch it again. At night we watched “family” shows like “Eight is Enough” and “Little House on the Prairie” and comedies like “Golden Girls” and “Happy Days.” What innocent times those were! And maybe it wasn’t such a waste of time after all. Like TV viewing now, those times were social. I always watched TV with my brother or parents and we laughed a lot.

Later on, in the 90s, I became a big fan of  “Seinfeld” and watched every episode. I still remember the fun I had recounting episodes with my co-workers the following day. Sometime after that, however, I stopped watching TV altogether. I became busy with other activities, I went back to school, I traveled, I read more, and I had kids. Plus, there wasn’t a lot of good TV being produced. “Friends” just didn’t appeal to me.

They say that today TV is experiencing a golden age, with so many great series on Netflix, HBO and Showtime. The writing is great and acting is superb. I wouldn’t know. Instead I either spend my time reading a book or flying through the netherworld of the Internet. Somehow those activities feel more free. I can stop reading or surfing the web whenever I want whereas if I watch a show I’m commiting myself to something for an hour—or maybe many hours, as those who binge watch can attest to.

Maybe I can start this TV thing small. If an hour seems too long I can watch half a show each night. It’s easy enough to start and stop viewing on my Ipad. That should still leave plenty of time for other activities. Plus, I have the perfect show. That was a problem before. I didn’t want to watch a show about drug dealers (“Breaking Bad”) or scandal-ridden politicians (“Scandal”). But recently my son introduced me to “Newsroom,” a kind of updated and more sophisticated “Mary Tyler Moore.” It seems like the right amount of serious content, i.e. news, circa 2010, mixed with social manuevering among the staff. I’ve already watched three episodes, so I’m on my way.

I know that to really be successful about watching a TV series I have to make it a habit. In his book “The Power of Habit,” Charles Duhigg talks a lot about how to change or create certain habits. (Anyone thinking about new year’s resolutions should read Duhigg’s book.) He says that habits are best cultivated by establishing a set routine. For example, doing the same thing at the same time every day. In my case, I could watch my series at the same time every night after dinner. Duhigg also emphasizes the importance of linking a reward to a habit. My “reward” for watching my show might be to enjoy a cup of my favorite tea. This is already sounding appealing. Duhigg goes on to say that certain “keystone” habits have a domino effect in influencing other behavoirs. For example, someone who stops smoking is also likely to start eating better and exercising more. I can’t see that TV watching would provide more benefits than simply existential happiness, but who knows? Maybe the characters will influence me to try something new. Maybe I’ll change my mind about some issue. At the least I can sound intelligent when social conversations turn to TV. I know that books can change me, so I don’t doubt that TV will too. I’ll report back in 2017.