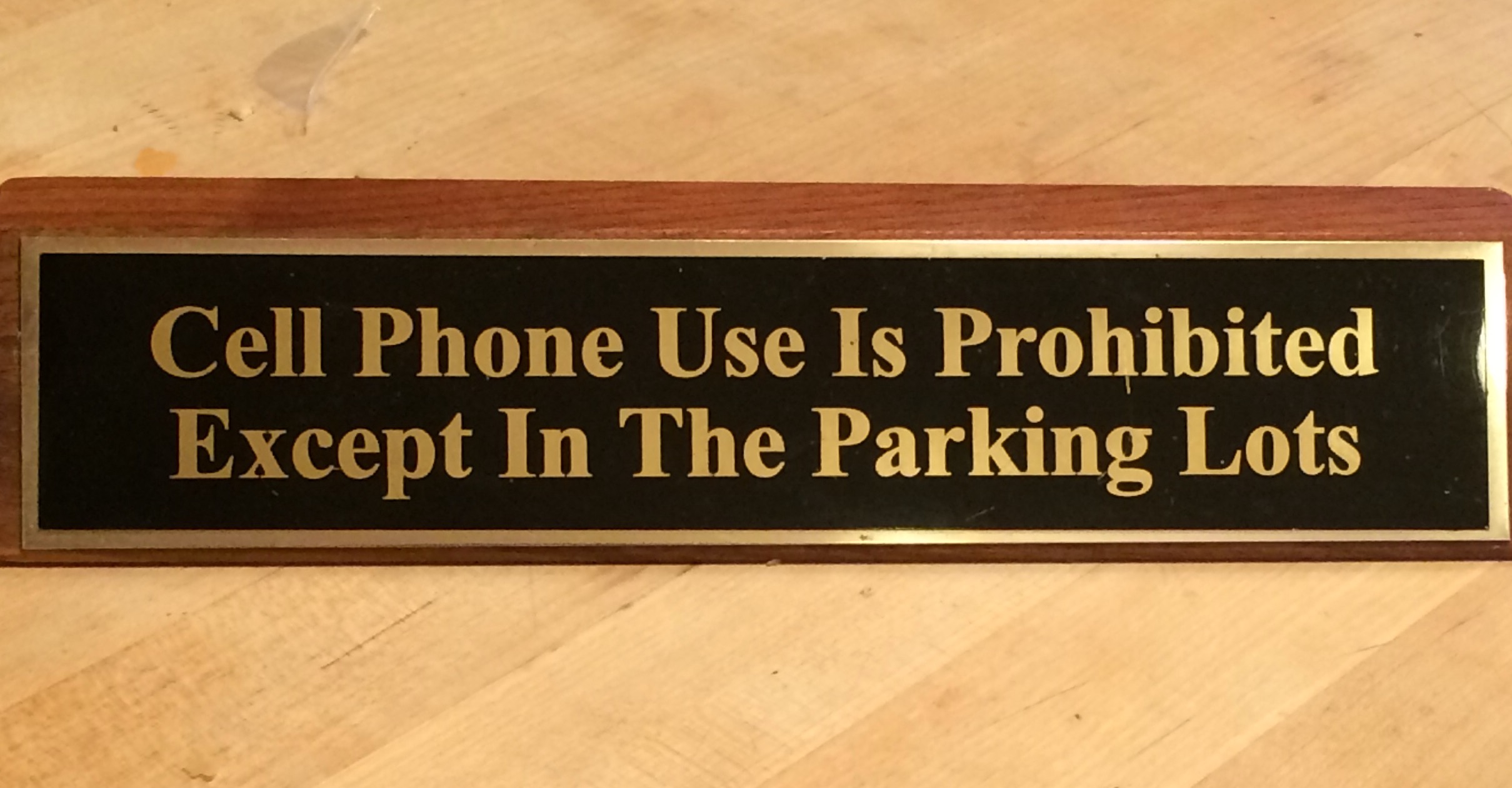 I had a dream last night that I was being attacked. I was in an airport restroom and four or  five tough-looking teenage girls surrounded me and started insulting me. I realized they wanted to hurt me. For what reason I don’t know. Just then, one of the girls took pity on me and lifted me up and carried me out of the bathroom. Somehow though, one of the girls managed to steal my purse on the way out and there was no way I was going to go back and get it. I strode down the airport corridor quickly to find my family. Feeling safe again I started to get angry. Someone needs to arrest those girls. What right did they have to threaten an innocent person? Soon though, I panicked. They had stolen my phone as well. That was the worst part of the whole thing. My phone was missing! Was the data saved? Would I ever get it back? Suddenly I woke up from the dream, wondering what would happen if I ever did lose my phone. That was worse than being threatened.

What does it say about me that my worst nightmare is losing my phone? Have I become too dependent on it? Only a few years ago I was a cell phone hold-out (hence the sign prohibiting cell phones which I placed in my house). Now, I can’t imagine life without my phone. Most people I know feel the same way. Is there any remedy for us who are addicted to devices? I think there is, but I’ll get to that later. First, a story about my friend Bruce.

Recently my friend Bruce Wydick, a professor at the University of San Francisco, conducted an experiment with his college students in which he asked them to give up their phones for two weeks to show solidarity with the poor. For every student who gave up his or her phone a donor would give $50 to a non-profit organization working with the poor. Out of a room of 30 people, Bruce got about half to give up their phones. As you can imagine, the results were interesting. One student caved in after the first day and said he was going crazy without his phone. The rest of the group, including Bruce, lasted the two weeks and reported a mix of experiences. Some felt liberated without their phone and more engaged with real-life situations. Others felt more dependent on people and less “cluttered” in their thinking. Everyone seemed to miss the conveniences of their phone. One student, for example, had to make a collect call from a pay phone and found out that collect calls cost $25. Another student overslept without his cell phone’s alarm clock. Bruce got stuck in a bad traffic jam without the ability to use GPS.

While it’s certainly an admirable experiment to give up your phone for a period of time, most of us won’t do that willingly. Instead, I think we need to make an extra effort to spend time each day on low-tech hobbies, things that slow us down and make us appreciate life, like music or art. Maybe it’s been a while since you simply listened to music without also looking at your phone. When was the last time you leafed through an art book? We can also just observe our surroundings, wherever we are. For me on this January day, that means looking out my kitchen window and being dazzled by the white flowers on my ornamental pear tree. I take a moment to be thankful that I live in California and get to see a blossoming tree in the middle of winter! Out of another window I see my neighbor on top of his roof clearing leaves out of the gutter in anticipation of another storm. I’m thankful again for the abundant rain we’ve had so far this season. Slowing down our thinking means noticing our surroundings, appreciating the changing seasons and pausing between activities.

For a longer pause in the day you might try meditation, though in this age of constant communication that is a challenge. Sitting quietly without using a phone or other device is difficult. Another alternative is to engage your body while slowing down thoughts. I tried yoga for the first time last fall with a sense that I simply wanted to do something physical. Now I understand the popularity of yoga. You are in a room for an hour, concentrating simply on your breathing and following the instructions of the teacher to stretch your body this way or that. For that hour I am not thinking of worries or concerns or things to do. I can leave the outside world behind and enter a space that feels outside of time. I feel my muscles clench and tighten. I look forward to a particular pose. I wish we could skip another pose that is difficult. Am I getting better, more limber? Occasionally I get distracted by another person next to me, but then I come back to my own body and the teacher’s calm, soothing voice. Of course, my cell phone is turned off the whole time I am in yoga.

My kids are the first generation to grow up with smart phones as a staple of life. I wonder how life is different for them. I wonder if they notice everyday things in nature and the environment less. I wonder whether they would have given up their phones for two weeks if they had been in my friend Bruce’s lecture. Would they have simply replaced the phone with more time on their computers? Maybe the better experiment would be to go with no technology at all. Just about the only time that happens now is if we are on vacation in a remote place, which is very rare. Even last summer when we were camping, the campgrounds all had wi-fi.

I had another disturbing dream last night after the dream about losing my cell phone. (I guess it’s true you work out your anxieties in your dreams.) In this second dream my son, who is now 15, was a baby, and we were in a large modern art museum. I was holding him in my arms as we stood looking at a large room filled with undulating worm-like cylinders. The cylinders were lit from inside with flashing neon lights. My son got overstimulated by the lights and began to gag so I hurried away. Perhaps this was some kind of dreamlike warning to me to avoid technology? In any case, I’ll put my phone and my Ipad away a little earlier tonight and hope for better dreams.