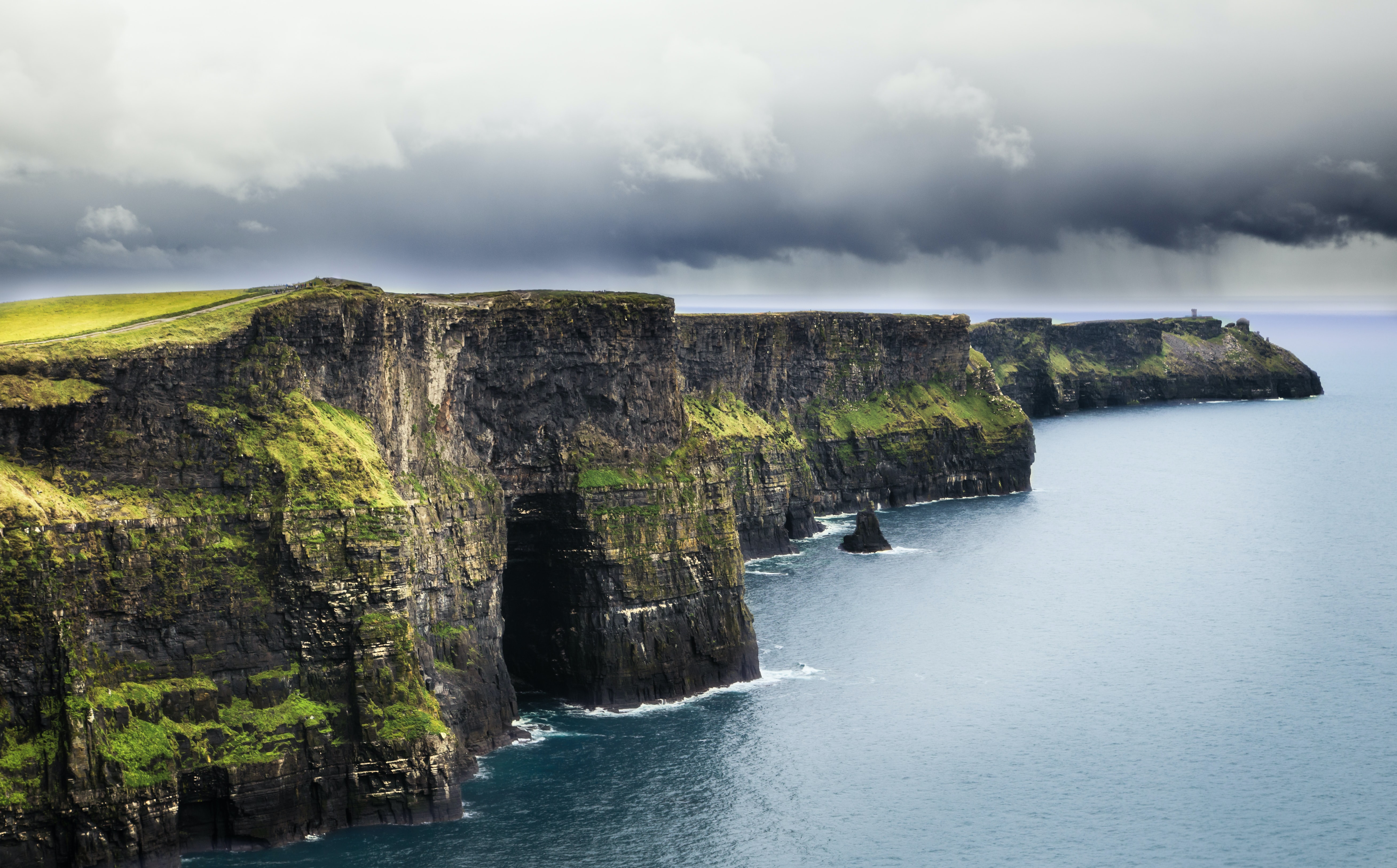 I’ve never really celebrated St. Patrick’s Day or thought it was very significant. I thought wearing green was kind of silly. Maybe it’s because I don’t have any Irish blood. But recently I’ve been listening to some podcasts put out by InterVarsity Christian Fellowship and they focus on Celtic Christianity, with stories about St. Patrick. His story is more interesting than I imagined.

St. Patrick was only 16 when he was captured by the Irish in his home in Britain and taken to Ireland. He lived for six years as a slave there, tending to animals. He prayed and converted to Christianity during his captivity. Eventually, he was able to escape on a boat back to Britain and his family, where he continued to explore Christianity and became a pastor. After some years of study, he had a vision of a man from Ireland asking him to come back and walk among his people. So Patrick returned to Ireland and became a missionary there, baptizing many people.

It can’t have been easy for Patrick to go back to the place where he was held captive as a slave. But he obeyed God and saw much fruit. He is the patron saint of Ireland and legends of his work abound. One legend says that Patrick used the three-leaf shamrock as a way to teach the concept of the trinity. Another legend says he cast out all snakes from Ireland, but it seems this is more legend than fact.

I’ve never been to Ireland, but I’ve been to Scotland and it’s one of the most beautiful places I’ve seen. The hills are lush and green. I had one of my first encounters with God while traveling there. My family was staying at an old lodge with an English family and during the day we would go fishing. One day I decided to take a walk on my own in the hills. I was only 11 but I sensed God was near. The beauty of the place convinced me God was real and he loved me very much. It was only a momentary experience but it has stayed with me all these years. They say Ireland is a “thin” place where you can sense God more easily. For me Scotland was a thin place too.

Patrick was brave to return to Ireland. In my own life I can only compare this to a time when my husband and I were asked to live near his aging father. Peter’s father lived in the same house where Peter had grown up and he was slowing down. There was a small cottage next to the house and the renters had just moved out. Peter’s family thought Peter and I, who did not have kids yet, should move into the cottage and look after his father, Ned. It wasn’t an easy decision. Peter and I were in our late ‘20s, seeking a more adventurous lifestyle. We had just returned from a seven-month trip to Europe and our dream was to live in San Francisco and experience city life. Moving back to his family home in a quiet suburb seemed like a step in the wrong direction.

We prayed about this decision for several weeks and finally decided it would be good for us to move into the cottage. We set our dreams aside. But it turned out to be a great decision. We were able to spend many nice evenings with Ned, watching Jeopardy and Wheel of Fortune or a Giants game. He appreciated our company. We set up a baby monitor in his bedroom so he could call on us at night if needed. I still remember hearing his heavy breathing on the baby monitor.

About a year into our stay there Ned, who was 82, had to have an emergency appendectomy. He never really recovered. He slowly went downhill and the last month of his life he spent in a hospital bed in his living room, with his beloved fireplace going 24/7. We sat by his side and rubbed his wrists, which he liked as they were always sore. He passed away on Valentine’s Day, just as the cherry blossoms were in full bloom. He had lived a full, good life and we had the privilege of spending his last year and a half with him.

I can confidently say that God directed us to move next door to Ned. These days I find myself in a similar, yet different position. I have moved back to my parents’ house as I’m in the midst of a divorce. It is a hard time yet a unique time as I live again with my parents after so many years apart, and we each enjoy one another’s company. I don’t know how much longer I’ll have my parents with me so I treasure each day.

The Celtic Christianity podcast contained not just stories about St. Patrick, but Bible stories too. One I connected with was the story of Hagar. Hagar was Abraham’s wife’s maid-servant. When Abraham’s wife, Sarah, could not get pregnant, she suggested Abraham sleep with Hagar. So Abraham did and Hagar bore a child, Ishmael. But Sarah treated Hagar harshly after this and Hagar ran away. Then, an interesting thing happens. An angel appears to Hagar at a desert spring where she is resting. The podcast says this is the first account of an angel appearing to anyone in the Bible! It is significant because Hagar is a person without power. She is a runaway slave, a woman, and homeless. Yet the angel appears to her and comforts her.

I found great comfort myself in this account of the angel appearing to Hagar. I, too, feel quite powerless in this moment. I am a woman in the midst of a divorce, feeling weak and often depressed. But if an angel could appear to Hagar, certainly an angel could appear to me. And angels have appeared, in the form of friends and family who have reached out to me with loving words and encouragement.

Some years ago I came across a prayer attributed to St. Patrick. It is simple, yet powerful. I’ll end this post with the most famous section:

This St. Patrick’s day I have a deeper appreciation for the man and the God behind this saint.