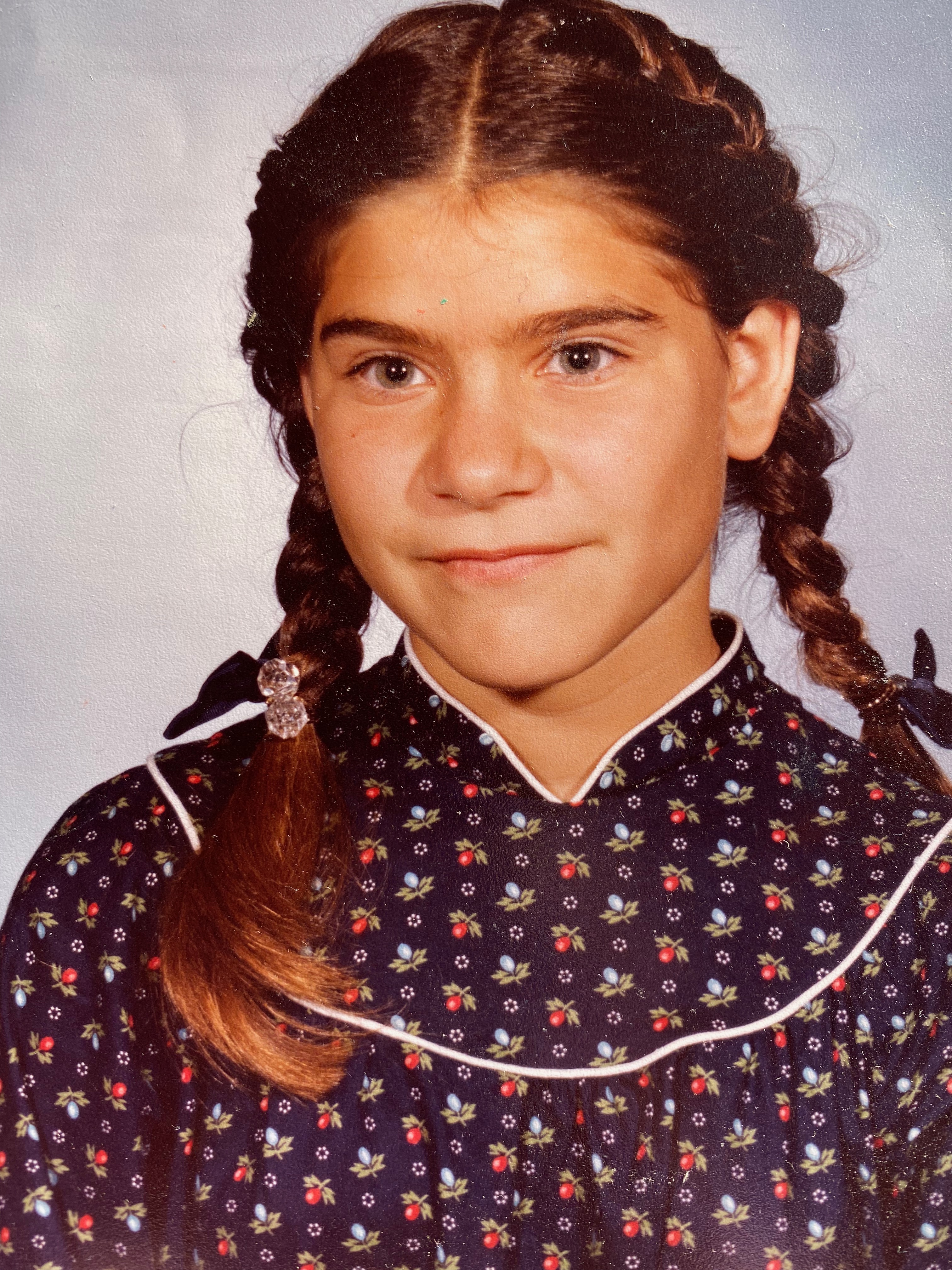 As I wrote a few blogs back, I am spending a fair amount of time in Tiburon these days, enjoying the company of my parents and the serenity of my childhood home. Being back here rekindles many childhood memories and the connection I had with this hillside on Mt. Tiburon. I spent hours playing on our hill and down by our creek. This was my world as a child and I’m thankful to have grown up so close to a big city yet surrounded by natural beauty.

The creek in particular conjured up a whole life in my imagination. I pretended I was living out there in a little log cabin (we had a little wooden playhouse) and I needed to fish to get my food. It was my own version of “Little House on the Prairie,” a show I loved. I would get a big stick and pretend to fish, then I’d put my fish on a “fire” and cook them. Every kid should have a creek running in their backyard.

Farther up the creek our neighbor kept a goat named Apples, who, of course, loved apples. My brother and I often fed him an apple. When he died we took over his little hutch and made it our clubhouse. We hung up a free poster we had gotten of some heavy metal band and thus, claimed the hutch. Not that we ever played there much. The hutch was dirty with dried goat droppings.

I’ll never forget the day I found a dead deer on the hillside above the creek. I had never seen a dead animal before and it gave me the creeps. I don’t remember what happened next (did Animal Services take him away?) but afterwards I was always a little nervous entering that part of the hillside. In any case, my brother and I saw lots of live deer. We even knew where the deer slept at night. Below our property there was a natural “cave” formed by the oak trees and bushes. We stumbled upon it one day and saw a few deer in the cave. They seemed mysterious in the dark of the cave. It almost felt like we were interrupting them in their hide-away.

I had my first experience of God on our hillside. I was maybe 11 years old. I remember for a few brief seconds feeling connected to something bigger than myself. I had a vague idea that it was God. I always treasured that experience and can count on one hand the number of times I’ve felt that way.

On a lighter note, my brother and I loved to go cardboard sliding down the hill. We’d take old boxes, flatten them out and zoom down over the dry grass. All the Tiburon kids tried this at least once.

For a number of years my brother and I walked to school by crossing the creek and following a trail downhill. It felt like an adventure. Sadly, a house now blocks part of the path and the trail is totally overgrown. How many kids these days walk to school anyway? We also rode bikes sometimes, down the hill, and a few miles along the path. I felt quite a sense of freedom on my bike, getting around town by myself.

We had go-carts as well as bikes. My dad made them out of plywood. They were simple: plywood, wheels and a rope tied to the front axel for steering—no brakes. Our street sloped so we would drag the go-carts up the street, ride them down the street, then up our neighbor’s steep driveway. That was our natural brake. It’s crazy we didn’t get hurt. I’m pretty sure we didn’t wear helmets back then.

Later on in junior high, we got a dog named Laser. He was a large black dog, part retriever. We bought him outside the Safeway downtown. He loved to retrieve and we would spend hours throwing the ball to him down the hill. Only after a very long time would he get tired. He hated to show this though and usually hid in the bushes when he wanted a break. He also loved the bay and somehow he figured out how to get there from our house, a couple of miles away. We didn’t have a fence around our property, so he could go where he wanted, and many times he would be gone for several hours only to come back matted from swimming.

At the time we got Laser, we had an older little gray terrier named Mary Poppins. Laser breathed new life into Poppins and she accompanied him on his jaunts to town. Sometimes we’d get a call from a local shopowner: “We have a small gray dog and we saw a large black dog with her but we couldn’t catch him.” One favorite place for Laser was the back of the Safeway. There he found day-old baguettes and more than once brought one back and laid it on the front stoop. A gift. Laser is the only dog I’ve known to smile. His mouth formed a perfect smile and his long tongue hung out.

My brother and I were connected to the bay also, as we owned a little 12-foot Laser sailboat (hence the dog’s name). At first we stored the Laser on the Belvedere lagoon and learned to sail in those protected waters. Later, when John and I became junior sailors at the yacht club, we moved the boat there and sailed in the bay. A few times we sailed as far as Angel Island and back. Even more adventurous was riding the ferry waves. After a ferry passed us, John would intentionally steer into the boat’s wake and we’d get quite a ride. John was fearless. Once he actually saved a man who had fallen off his boat. He rescued the man, who was hallucinating from the frigid waters, and towed his boat back to the dock. A local TV news station found out about the rescue and awarded our family a trip to Disneyworld.

Perhaps the best part of living on that hillside in Tiburon was the view. Even as a young kid I appreciated the view of San Francisco and the Headlands. Every night the fog rolled in, creating quite a show. It was different every night. Sometimes just the tops of the buildings were visible. Sometimes it was totally clear and the glass buildings glinted in the sun, like shiny jewels. At night the fog horns blared. Once, when I was in college and living in another city, I fell asleep studying and swore I heard foghorns in the night. I guess I was dreaming of home and my rich childhood memories.