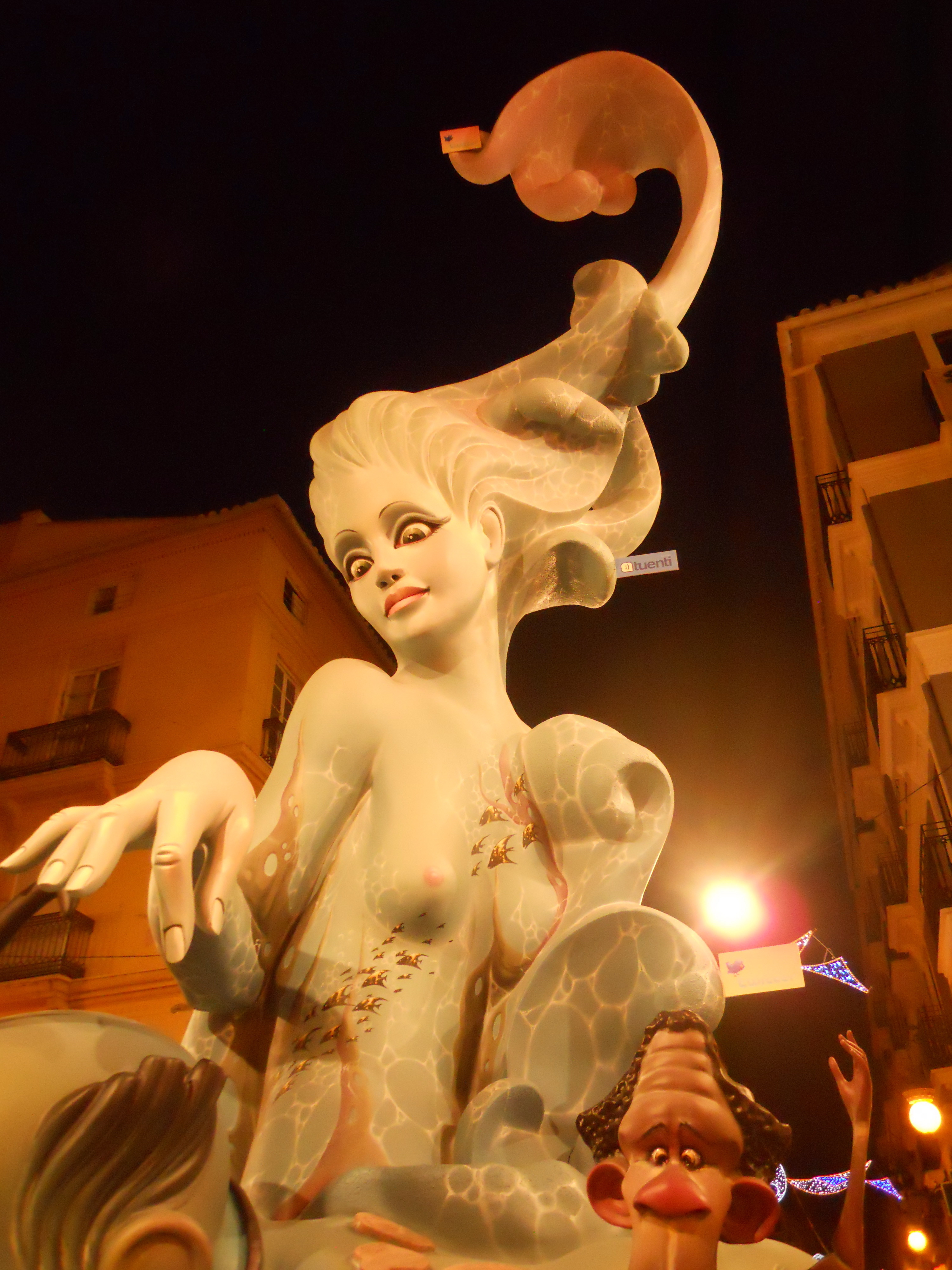 Those are just a few of the things I felt in hypomania the first few months of this year. But even that list seems too tame. I felt all of that and even more. I could do anything! I heard God talking to me constantly and saw miracles by the hour! I was on fire with ideas and actions! The fire burned brightly day and night. Even at night I would wake up remembering vivid dreams. Everything, every word, seemed to have importance.

To keep up with my flurry of ideas, I wrote notes constantly. My desk was filled with Post-it notes and notebooks. I couldn’t write fast enough. For a time I slept with a small tape recorder next to my bed to record my thoughts.

I took a writing class and I spoke frequently in class. (Usually I’m the shy one in the back.) I didn’t even know how I was coming up with such great ideas. As my psychiatrist explained to me, my hypomanic brain was working overtime, supplying just the right words and memories. I was happy that for once I had the boldness and articulation to contribute in class. Did people notice I was hypomanic? The people who knew me did; others probably thought I was a lively personality 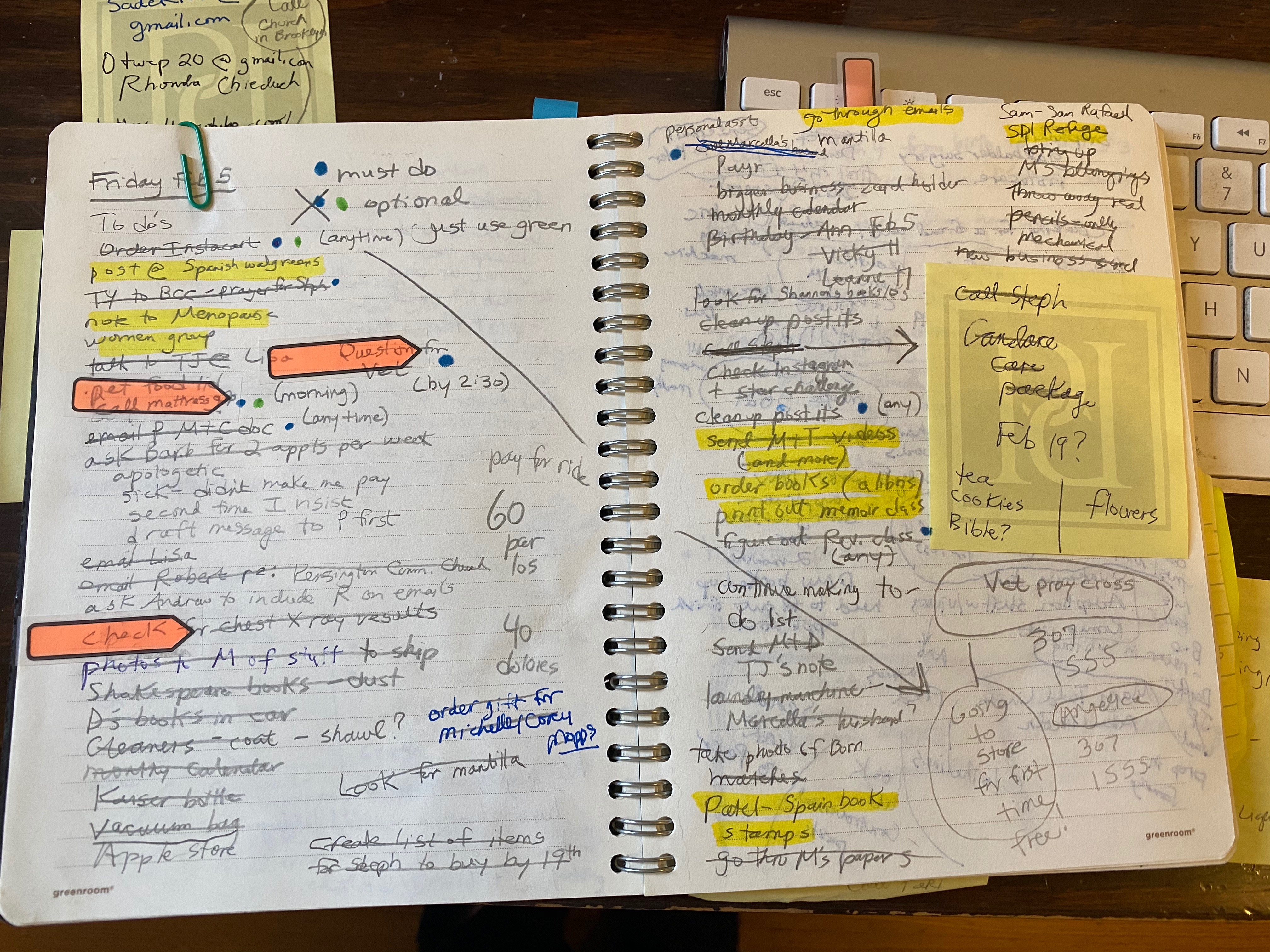 Hypomania is not understood well. It is different than mania in that manic people are often psychotic and are in danger of hurting themselves or others. Hypomanic people simply have an elevated mood, talk quickly, etc. I was hypomanic from sometime at the end of 2020 through February 2021. I didn’t really return to my usual self until this month.

I was happy in hypomania, though there were moments when something would catch my attention and I would be wracked with tears. Once, I remember realizing that my parents were getting older and they wouldn’t be around forever. Normally, in my non-hypomanic state I wouldn’t dwell on that, but in hypomania I cried and cried and cried. My mom was with me and assured me that everyone went through this loss. I would be fine. Another time I broke down in tears because I thought I would die before I could do what God wanted of me; Vicky Brodt, who stayed with me for more than a month, assured me God loved me and wouldn’t let me die too early.

I was actually quite productive in hypomania, which is a little unusual. I managed to rearrange all my bookcases in a way that makes sense. I lost more than 10 pounds and bruised three toes trudging up and down the stairs with armfuls of books.

I also decided to make our guest room the “heritage room,” and I began collecting old family photos and heirloom items. I cleaned the embroidered comforter my grandma made for our wedding and put in on the bed. I gathered photos of my parents, grandparents and birthmother. I displayed my mom’s 1950-era pink typewriter and the photo of her as homecoming queen in Sioux Falls, South Dakota. Hypomania can be pretty fun. 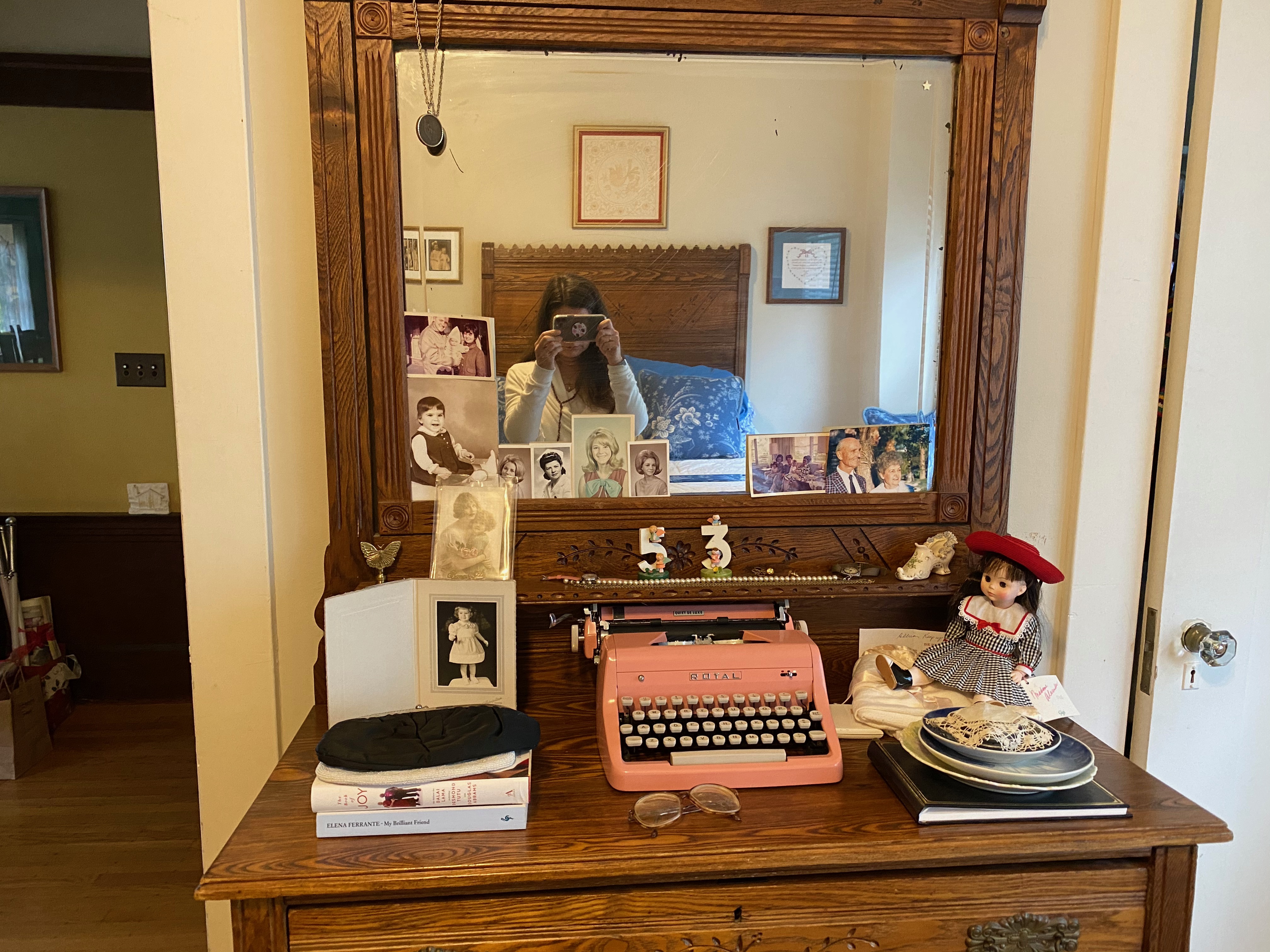 For me hypomania was also a religious experience. As I mentioned before, I heard God talking to me throughout the day. This is a common trait of hypomanic people and some are quick to dismiss this as just imaginative thinking. However, I believe I really did hear God and he really was close to me. I didn’t always distinguish well what he was saying vs. what my own thoughts were saying. Nonetheless, he taught me a few things that I’ll never forget. One of those things is how to talk to people about God in a natural way. At one point we had a string of repairmen come to the house to fix things and I talked to each one about God. I gave them each my business card, and sometimes my Dad’s books, in case they wanted to learn more. I was not just on fire; I was on fire for God. He laid out to me plans I was to make in my life to be a better testimony to him. God also confirmed my calling as a writer and gave me ideas for books that would take me a lifetime to produce, 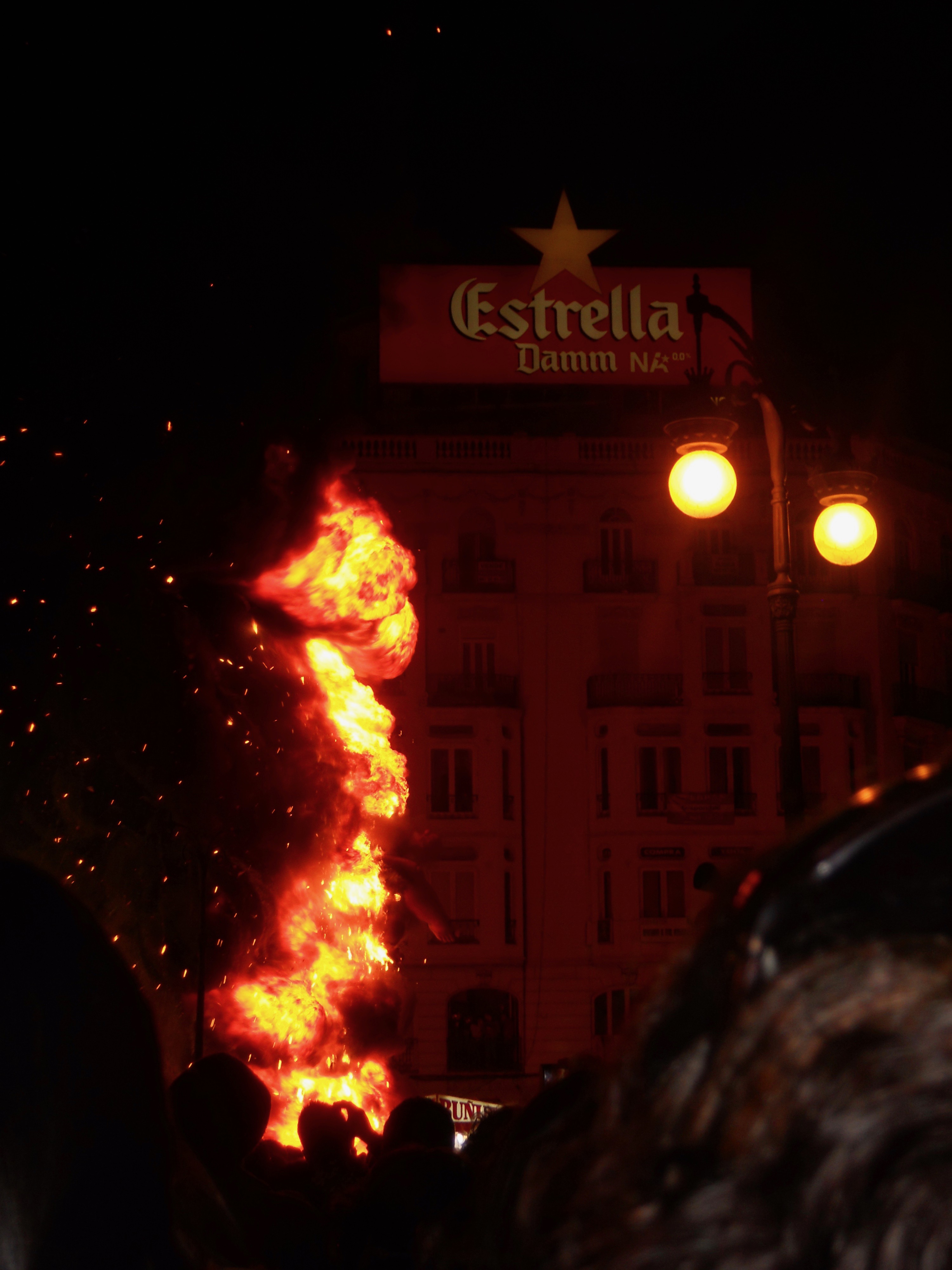 If left untreated, my fire would have burned up and left me in an ash-heap of depression. That’s what happened in my first bipolar episode. Back in 2011, I had refused drugs and after six months of burning hypomania I felt into a deep depression. It all happened so quickly, as if a switch was pushed. I didn’t want to experience that again, so this time I accepted the drugs. They were effective. Within a few weeks of taking them I was well on the way to my old self.

Not surprisingly, some of my family members suffered quite a bit during my episode. They had to live through all the stages of my bipolar episode: depression, severe anxiety and hypomania. For them, this was a traumatic event that created pain. If they told this story it would be very different. They were worried about me constantly. Was I spending too much time on Facebook meeting strange people; was I taking my meds? The answer was, yes, I was spending too much time on Facebook and yes, once I skipped my meds just to see what would happen. (Nothing bad happened.)

As for me, I feel entirely myself again and, truth be told, I miss hypomania. I don’t have a flurry of ideas and I can’t express myself so eloquently. I even had trouble writing this entry. I worry that I will become an ash-heap, unable to create.

Last week I explained my worries to the bipolar support group I joined. Many of them could relate. The facilitator, though, told me something important: “To be outrageous in your art you have to have your feet firmly planted on the ground.” By this, he meant that most bipolar people can’t follow through on their creative plans while they are hypomanic. The fire must be put out and you must stand calm and collected to create art–be it a poem, painting or novel. Perhaps I have enough fire in my normal state to create the art I want to create. That’s my hope. 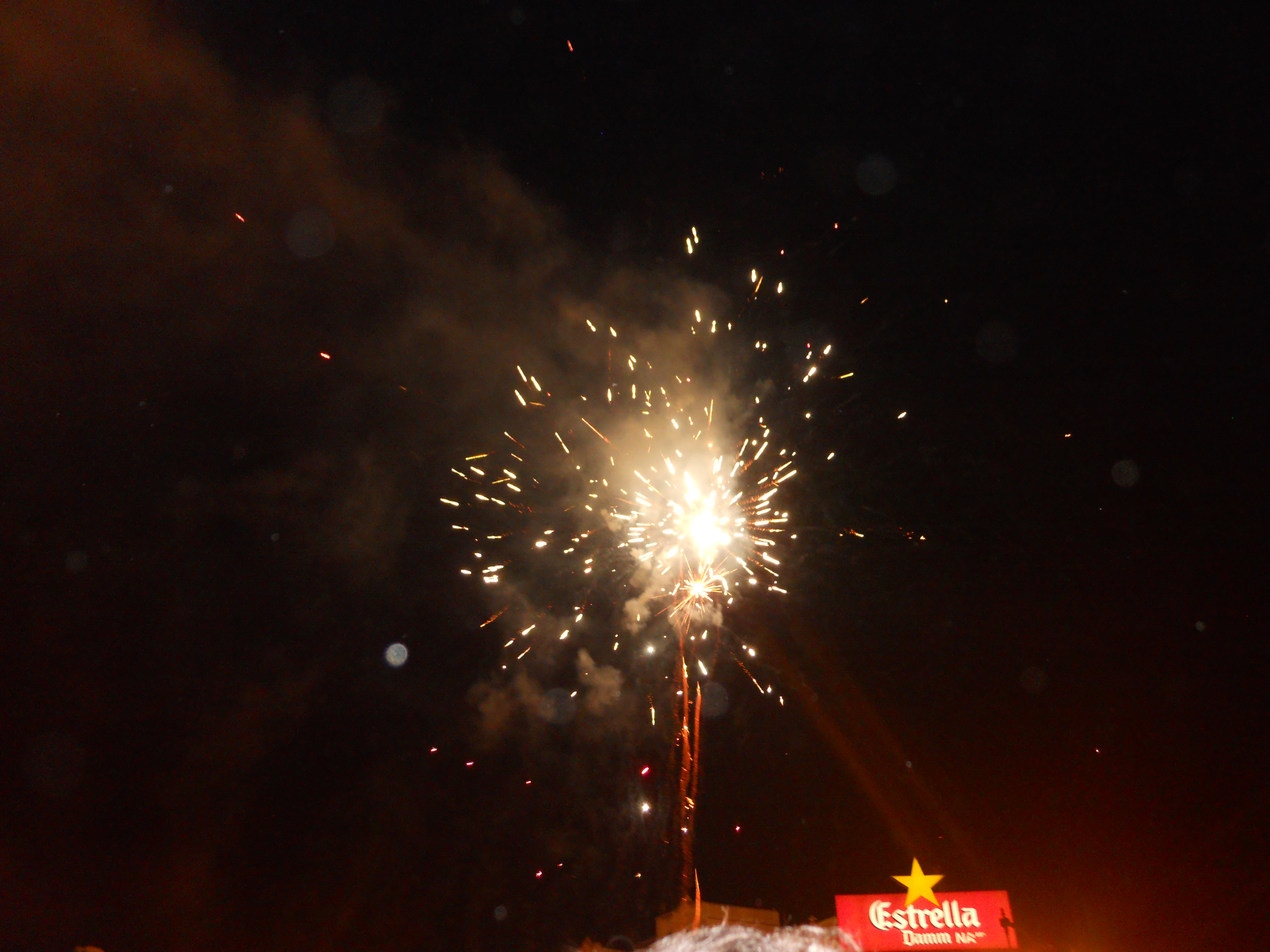 Some of the photos I’ve used for this entry were taken at Las Fallas, a festival that takes place every March in Valencia, Spain. During the year various groups in the community construct large paper sculptures. 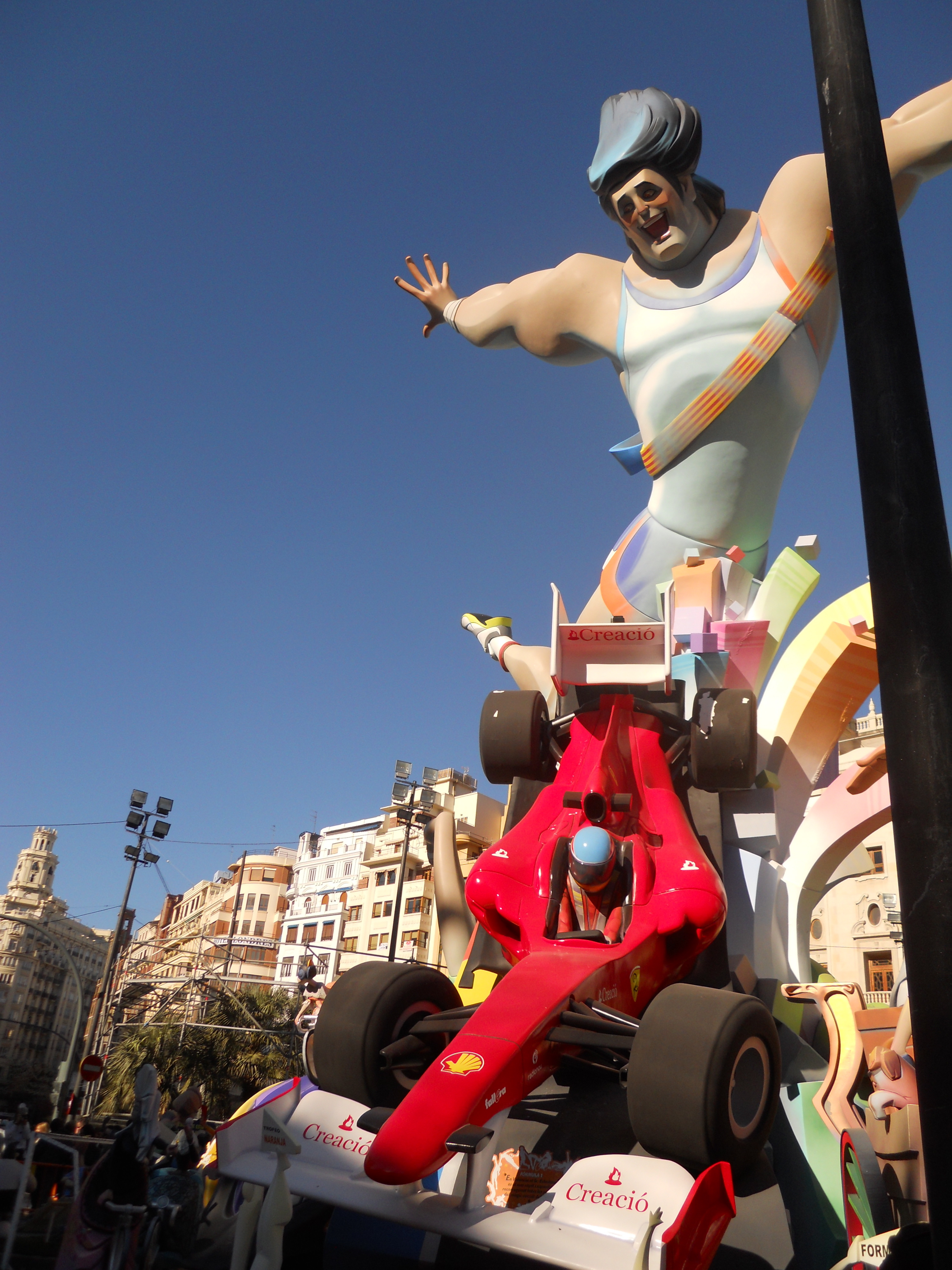 Then in mid-March, the figures are placed in the streets for people to view. The last day of Las Fallas, the people parade in the street, ending at a replica of Mary where they lay flowers at her feet. Then that night, after they’ve eaten paella cooked in the street, they burn the sculptures. I’ve read that the burning symbolizes burning of sins.

It strikes me that Las Fallas comes during Lent, also a time when we reflect upon our sins. Perhaps God is burning away my flaws so I can more freely create, love and “be outrageous.” Maybe those things He told me during hypomania will actually come to fruition.

What I do know is that miracles are still coming. They may be small, but my eye has been trained to look for them and they are abundant. More on that in a later post.

NOTE: Thanks for reading! I would love it if you hit the subscribe button on this post. I’m writing a book and if I have more subscribers I will have an easier time finding a publisher. You will get an email from me each time I publish a blog (not too often!) and you don’t need to read it. 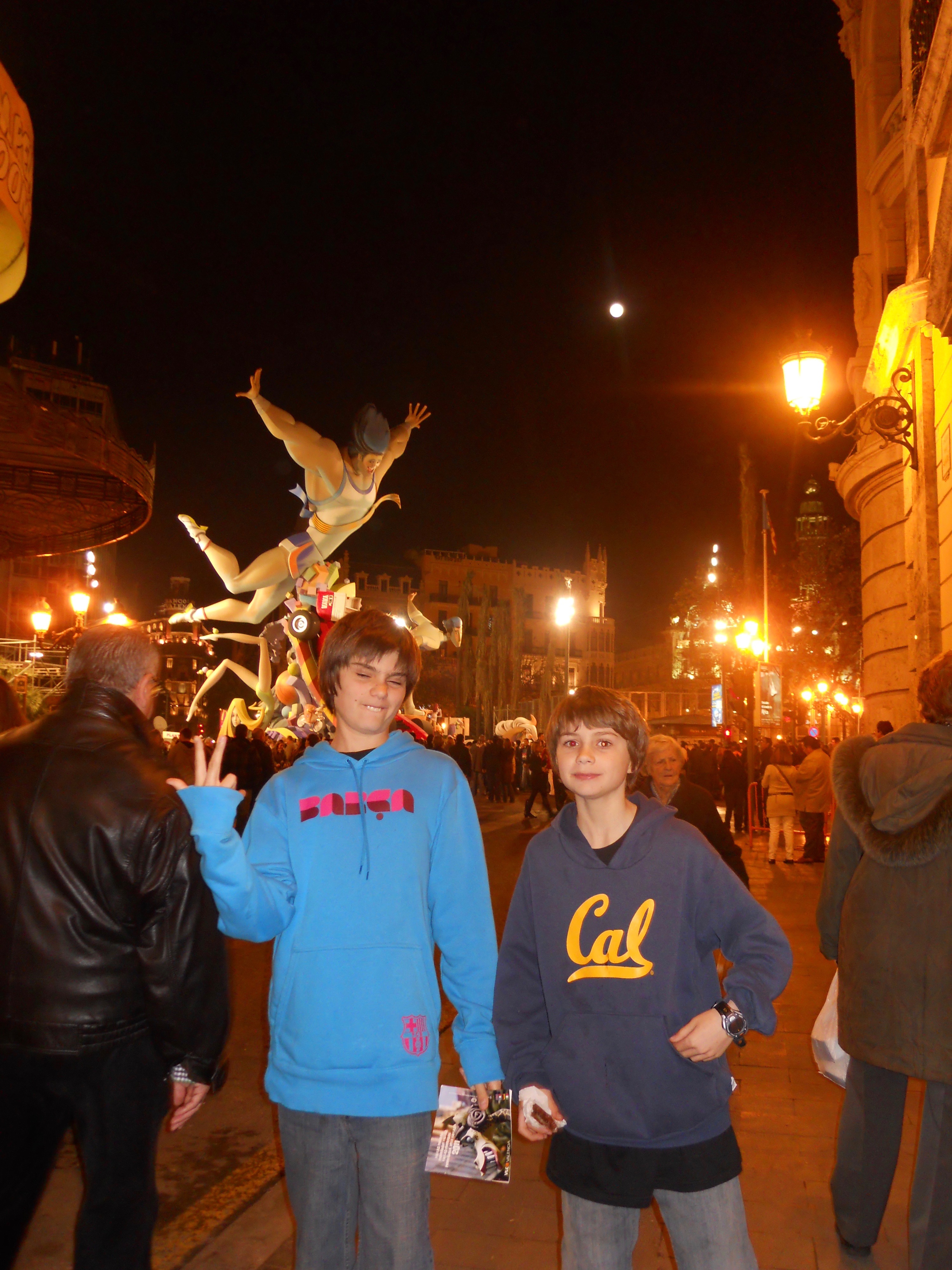 2 thoughts on “My brain on fire”